My cloud, my way

I just finished to setup my personal cloud storage. It has been a long and difficult task and I'd like to share with people with similar requirements a bunch of useful information and pointers that would have save me a lot of time. 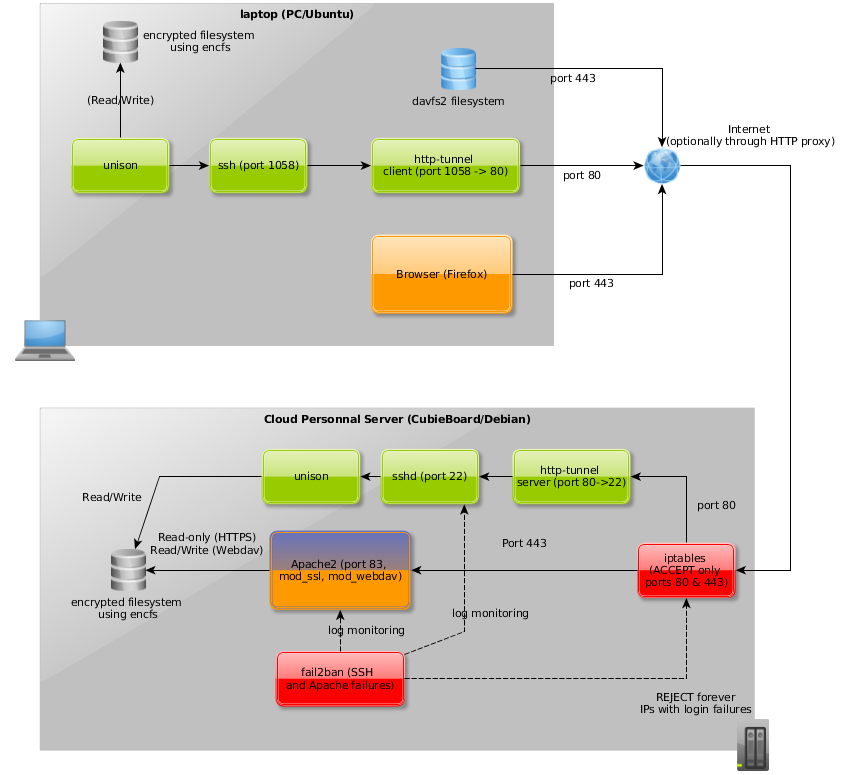 Kinds of files in the cloud storage

Emerging file usage patterns I identified for me so far are :

The different streams of the infrastructure

The solutions I tried during the last year

Not tested but not that far from my requirement

Features I don't care about (but you may do)

Note about the hardware, a CubieBoard 1

EncFS is a filesystem encryption program. It map a "real" filesystem with encrypted files to a userspace 'in memory' filesystem. It is very simple to use, stores the files encrypted file by file, even the directories and file names are encrypted. The encryption is very strong using the paranoia mode ("Cipher: AES Key Size: 256 bits PBKDF2 with 3 second runtime, 160 bit salt"according the man page).

Unison is an excellent tool to synchronize two locations. It is simpler and more powerful than rsync for that special purpose. I initially tried to synchronize the local files on my laptop with the Webdav mount point but it has been a disaster for the reasons I explained before.

The technical stack in use

I finally met all my requirements :